Residents of the Grassy Narrows First Nation reserve can rejoy after the Ontario government has decided to schedule a clean-up of the Wabigoon and English Rivers.

The process should begin with identifying areas that may be contaminated to help determine appropriate sanitation solutions.

The hydrographic system that crossed the reserve had been contaminated when Dryden Chemical dumped mercury barrels in the river in the 1960s and early 1970s, resulting in mercury poisoning among First Nations people who ate fish caught in the area.

Since then, the majority of residents have symptoms of mercury poisoning (Minamata disease). 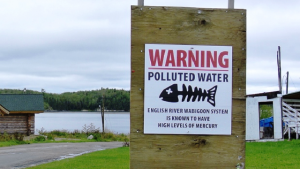