Explosion at the Rio Tinto plant in Sorel-Tracy

An explosion occurred early on Thursday at the Rio Tinto Iron and Titanium plant in Sorel-Tracy. No casualties were reported.

However, four people were taken to hospital in order to be treated for a nervous shock, according to Claudine Gagnon, company spokesman.

The official cause of the explosion has not yet been established, although a gas recovery system in a steel production furnace seems to be the cause of the incident.

The company Emergency Brigade showed up early on the scene, supported by the firemen of Sorel-Tracy backed up by Sûreté Québec in order to control the fire caused by the explosion. 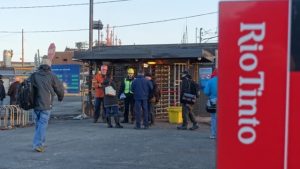