Ottawa says yes to the pipelines

With these decisions, the capacity of the Trans Mountain Pipeline between Alberta and Burnaby will be tripled (300,000-890,000 barrels of oil per day) and the Entbridge line 3  extended to Wisconsin. “Oil pipelines are the safest way to get oil to markets!”, sais Prime Minister Justin Trudeau.

However, critics of these projects welcomed the fact that the Northern Gateway project from Alberta to Kitimat BC was rejected by Ottawa. Environmental reasons are raised by the government, which is good news for environmentalists. 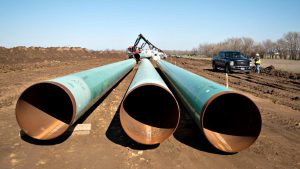